Save for Later Please log in to use this feature.
Aspire Indiana
Image 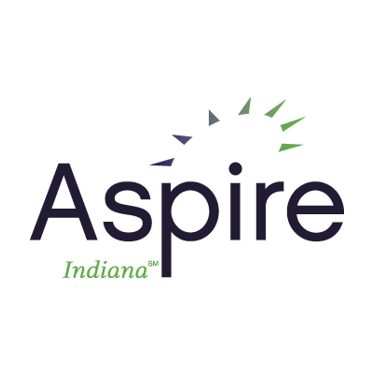 In 2013 and 2014, Aspire Indiana identified an increase in the number and percentage of people in our communities dying by suicide by measuring the number of coroner reports stating a cause of death by suicide and comparing it to the number of all causes of death for people we serve. To address that trend, we decided to implement a Zero Suicide initiative. We also connected with other Indiana CMHCs who kicked off their own Zero Suicide initiatives. Outcomes included the following:

Getting Started with Zero Suicide

After a review of these data trends and internal leadership discussions, we formed a Zero Suicide Committee and completed the Zero Suicide Organizational Self-Study and Workforce Survey, as recommended in the Zero Suicide Toolkit. Not very long after we started, Aspire Indiana developed corporate BHAGs (i.e., Big Hairy Audacious Goals).1 One of our four BHAGs is “zero in five,” meaning zero suicides in our system after five years. We introduce all new employees to these BHAGs, and we also have a marketing campaign behind them and regularly report on accomplishments in this area.

We also participated in a statewide Zero Suicide Academy® and engaged in a year-long learning community in which participants shared information, ideas, and experiences from their own agencies. Based on our Organizational Self-Study and Workforce Survey findings, we added trainings for clinical employees that included the following:

After completion of the Zero Suicide Academy, we began a process improvement effort based on 90-day action plans. Essentially, we identified an area of difficulty or barrier to executing our Zero Suicide workflows via data and clinical or management feedback, and then we set a 90-day objective to adjust, correct, or eliminate those barriers to success.

One of our four BHAGs is “zero in five,” meaning zero suicides in our system after five years.

We developed care protocols in consultation with Dr. Jeffrey Garbelman, a C-SSRS trainer who has experience assisting other agencies in providing clinical guidelines to their employees. These care protocols include frequency of contact, involvement of community-based care, frequency of reassessment, and engagement or outreach for people who appear to be disconnecting from care. Risk level and protocols are based on C-SSRS screening responses from the past 30 days:

We identified an EHR tracking mechanism for transitions in care from inpatient psychiatric treatment to outpatient care, and centralized all calls from psychiatric inpatient care to our Crisis Services team. That team facilitates the person’s entry or reentry into our services. We are able to label the person’s appointment as “stat,” which is tied to a series of automations to produce alerts for providers in the event of a no-show, cancellation, or attempted reschedule. This triggers real-time outreach from the provider, care team, or Crisis Services.

We decided to measure and track deaths by suicide per 100K in our health care system so that we could make benchmarked comparisons with U.S. and Indiana suicide rates. As an agency, we prioritize using measures that are comparable to established, preferably public, measures that can be used as an external benchmark. This is vital to account for growth within our agency, and since this is a nationally published and easily accessible set of data at the national, state, and county levels, we feel confident that we know how we are doing.

We found that data for people receiving specialty behavioral health care did not exist. So, we completed a literature review of suicide rates for as many behavioral health disorders as we could find, including chemical addiction. We then used those rates to estimate U.S. and Indiana suicide rates for those with behavioral health illnesses and compared them to the suicide rates among those in our system. We found that our population had a nine times higher likelihood of death by suicide compared to the nation and Indiana. This analysis was helpful in bringing on clinical leadership and medical providers and developing motivation or support among those who were not fully on board.

Data was also tracked on a time-limited basis related to implementation of components of the treatment protocols, such as the following:

Over 18 months, we found that we administered over 22,000 C-SSRSs and developed 3,000 safety plans. However we also discovered that responses to missed appointments were not as timely as we wanted. Monitoring these data points over the course of those 18 months led to a variety of 90-day process improvements in the workflows and interventions provided to the people we serve. We found increased consistency in re-administering the C-SSRS when we measured and then shared the data with staff. We did the same measurement and sharing for safety plans. Most recently, we have been digging into situations where our immediate outreach protocols were not implemented as planned. As each of these sets of measurements were coming online, we also internally reported on deaths by suicide per 100K and the decline we observed. Teams and individuals report being very motivated to engage in process improvements when they also see the results of the overall effort.

Among the largest successes of this initiative has been transforming our system to use standardized, validated screening tools, which has allowed us to concentrate our efforts on those most at risk. Prior to our initiative, we had an internally built screening tool, which identified about 50% of the people we served as “high risk” for suicide. After implementing C-SSRS screening, as described above, this number fell to 12%, indicating that standardizing screening contributed to more accurate risk identification. This decrease in high risk screens allowed clinical staff and supervisors to concentrate their efforts on fewer people and provide more targeted interventions to address their needs.

We went back to 2013 to count our deaths by suicide in comparison to the total number of people we served to calculate a suicide deaths per 100K rate, with 2013 and 2014 as our baseline years. Suicide deaths are tracked within our mortality review data, which is captured on a spreadsheet. We often obtain certificates of death to help determine the cause of death. Implementation component data were captured within our EHR. The results of this analysis follow:

General awareness, staff education, and corporate commitment to Zero Suicide have sustained a good amount of energy for continued implementation. From the initial reduction in suicide deaths, we have seen a steady decline of about 10% per year over the past three years while we worked on refinements through our 90-day planning processes. It’s also important to note that during the same period, we had about a 30% growth in the number of unique people we serve.

Our initiative began prior to our becoming an FQHC. As a result, we have circled back to include FQHC services by implementing screening for every primary care service provided using the Patient Health Questionnaire (PHQ-9).

We are exploring our options for communicating with staff based on the number of months (~30-day time blocks) of having zero suicide deaths among the people we serve—similar to safety reporting in manufacturing or industries with high safety or injury risks. Some companies use daily, monthly, or quarterly reporting or signage to help maintain motivation and engagement with their teams. Our goal is to consistently communicate success to our staff in a timely manner, independent of pre-established time periods. This communication is intended to help sustain the momentum of our implementation and support our culture shift around Zero Suicide.

Finally, we will continue working within the cycle of process improvement to evaluate our system and protocols within the framework of the Zero Suicide Toolkit. We recently participated in a Zero Suicide Academy refresher event and completed the Organizational Self-Study again. We plan to identify gaps based on lower ratings on the Organizational Self-Study and re-strategize 90-day objectives to improve our processes within this initiative.