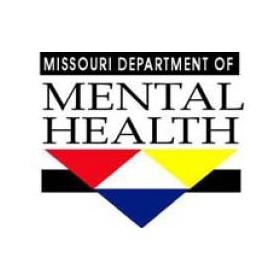 The Missouri Department of Mental Health has provided leadership for Zero Suicide implementation in the state since 2014. It subsequently engaged each of the state’s community behavioral health centers (CBHC) in Zero Suicide by offering multiple consultation opportunities with Zero Suicide experts and by leading and developing a robust learning collaborative.

Once administrative support was achieved; the next step was to present this recommendation to the Coalition for Community Behavioral Healthcare member agencies and encourage teams to apply for the second Zero Suicide Academy. The Missouri Department of Mental Health’s Division of Behavioral Health divides Missouri into twenty-five service areas. Each area has a community behavioral health center (CBHC) which provides psychiatric services to individuals in need. It is designated as the Division’s Administrative Agent. The Coalition, represents the Administrative agents as well as affiliated community psychiatric rehabilitation service providers, and a clinical call centers. Administrative Agents serve as the primary entry and exit points for state mental health services and are responsible in their assigned areas for assessment and services for both adults and children and for providing follow-up services for individuals released from state-operated inpatient hospitals. The Department of Mental Health assisted by supporting the agencies and providing technical assistance during the application process.

In order to sustain momentum, Department of Mental Health is continuing its collaboration with the Missouri Coalition for Community Behavioral Healthcare. The department is also consulting with Dr. Bart Andrews, vice president of clinical practice/evaluation at Behavioral Health Response, Zero Suicide Faculty member, and SPRC Steering Committee member, to provide ongoing training and technical assistance in the form of quarterly learning collaboratives to all Zero Suicide Academy attendees. Each year, two of these collaboratives are held via webinar/conference call, while the other two are in-person/day-long sessions. The collaboratives consist of state and federal suicide prevention updates, agency report outs, training or technical assistance often with guest speakers, and information sharing opportunities. Agency report outs include progress and barriers to implementing the Zero Suicide Framework in their respective agencies which can provide validation, brainstorming, and learning opportunities for attendees. Technical assistance or trainings are based on ideas and feedback from the groups. Some trainings we have provided in the past include: Crisis Response Planning by Craig Bryan, assistant professor of clinical psychology at the University of Utah; Legal Aspects of Suicide Prevention by attorney Skip Simpson; a presentation on Dialectical Behavior Therapy by Becky Stoll, vice president of Crisis Disaster Management at Centerstone and Zero Suicide Faculty member; and Post-Suicide Communication for Clinicians and Agencies by Dr. Bart Andrews. All feedback from attendees has been positive and we have had very good attendance from throughout the state.

The Department of Mental Health has supported the adoption of the Zero Suicide approach amongst Missouri’s mental health agencies. Through adoption of the Zero Suicide approach, agencies are improving care and outcomes for individuals at risk of suicide in health care systems. This approach represents a commitment to patient safety and to the safety and support of clinical staff, who do the often demanding work of treating and supporting suicidal patients.

“The learning collaborative has been a great tool for our agency to start the conversation around Zero Suicide, have a forum to hold us accountable in moving forward, and provide us a supportive group to nurture our progress and help us through any identified gaps and barriers we were facing.”

Below are two case examples from Community Behavioral Healthcare Centers that partnered with the Department of Mental Health and implemented Zero Suicide at their organization.

Community Counseling Center (CCC) is a not-for-profit behavioral health organization serving the public since 1974. CCC is accredited by the Commission on Accreditation of Rehabilitation Facilities (CARF) International and is certified by the Missouri Department of Mental Health (DMH). We provide a full array of comprehensive behavioral health services within five southeastern Missouri counties: Bollinger, Cape Girardeau, Madison, Perry, and Ste. Genevieve. Approximately 387 professional and support staff operating from 18 separate locations provide services to nearly 6,500 distinct persons annually. At every level of operation, Community Counseling Center is dedicated to the treatment, support, and ultimate recovery of individuals living with mental illness.

Support from the state learning collaborative:

The State Learning Collaborative has been helpful to feel like we are all part of a larger group - all Community Mental Health agencies in Missouri – and we are working on this at the same time.  We have the opportunity to learn from each other’s successes and ideas, as well as hear about things that didn’t work out.  We are even a little competitive sometimes, but realize we are all working together towards a common goal! The collaborative also holds us accountable, knowing we are checking in every three months, and has provided some great learning opportunities.

At Community Counseling Center, we are updating our electronic medical record (EMR) to help support the implementation of a suicide care pathway.  These updates will allow us more flexibility with respect to having alerts and a way to track interactions with consumers who are on the suicide care pathway. This update will also allow us to automate the C-SSRS in our EMR system when a patient scores positively on question nine of the PHQ-9 (indicating the presence and duration of suicidal thoughts). This automation will help ensure that clinicians follow through with this important screening to assess the severity and immediacy of the patient’s risk for suicide in order to determine appropriate follow up. We are also updating policies and procedures to incorporate other elements of the Zero Suicide framework and to include trauma-informed care practices. Part of these updates include providing additional training to staff – the entire agency will be trained in Question, Persuade, Refer (QPR) training, some staff will attend Applied Suicide Intervention Skills Training (ASIST), and we also hope to have more clinicians attend Assessing and Managing Suicide Risk (AMSR) trainings. We believe in our statewide system of care, and we will continue to work to reach our goal of zero suicides.

ReDiscover serves Jackson County and surrounding areas. The majority (84%) of ReDiscover patients have incomes below the federal poverty level and many do not have Medicaid, Medicare or private insurance. Jackson County encompasses much of the city of Kansas City and also contains 16 other municipalities.  With 687,000 residents, it is the area’s population center.

We have also rolled out QPR training for all levels of agency staff (clinical and non-clinical) and we are beginning to provide ASIST training as we have two internal staff who recently became trainers.

Support from the state learning collaborative:

The learning collaborative has been a great tool for our agency to start the conversation around Zero Suicide, have a forum to hold us accountable in moving forward, and provide us a supportive group to nurture our progress and help us through any identified gaps and barriers we were facing.

We are continuing to work on mastering our process for PHQ-9, C-SSRS and Enhanced Care Protocol amongst all clinical programs and at all locations. We are also continuing to work on an ongoing staff development process within each program for staff to have the tools they need and to be comfortable in asking the questions related to suicide risk. We continue to work on addressing stigma both internally and externally about asking someone if they are having feelings of wanting to kill themselves and that it’s okay to talk about it.